While painting my Seraphon for Armies on Parade, I picked up an issue of White Dwarf: 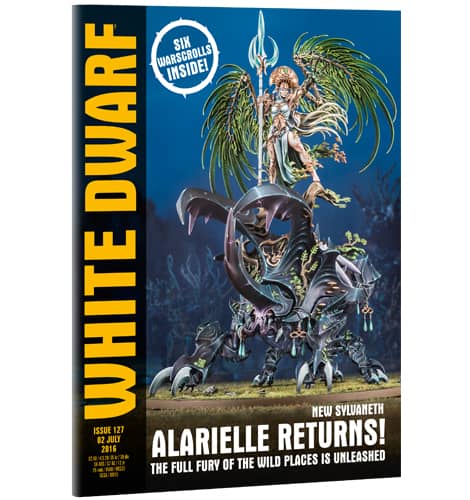 I flipped through it and thought it was really cool. The Alarielle model was really cool, but I never thought I’d be the kind of guy to play treefolk. However, I couldn’t stop flipping through and admiring the models. After it was released and other people started painting them, I began to get the urge to try it myself.

After Armies in Parade in October, I needed a break. I stopped painting for a bit and focused on other things. Then Games Workshop announce its Holiday boxes:

Darkroot Wargrove? Okay, I was in. Maybe a little too in.

All that’s left to do is, you know, paint them! And I didn’t have the faintest clue how. Trees can’t be that hard, right? All I need to do is prove I can do it, then I’ll go after Alarielle herself! In the mean time, I better indoctrinate my daughter on the greatness of Alarielle the Everqueen.